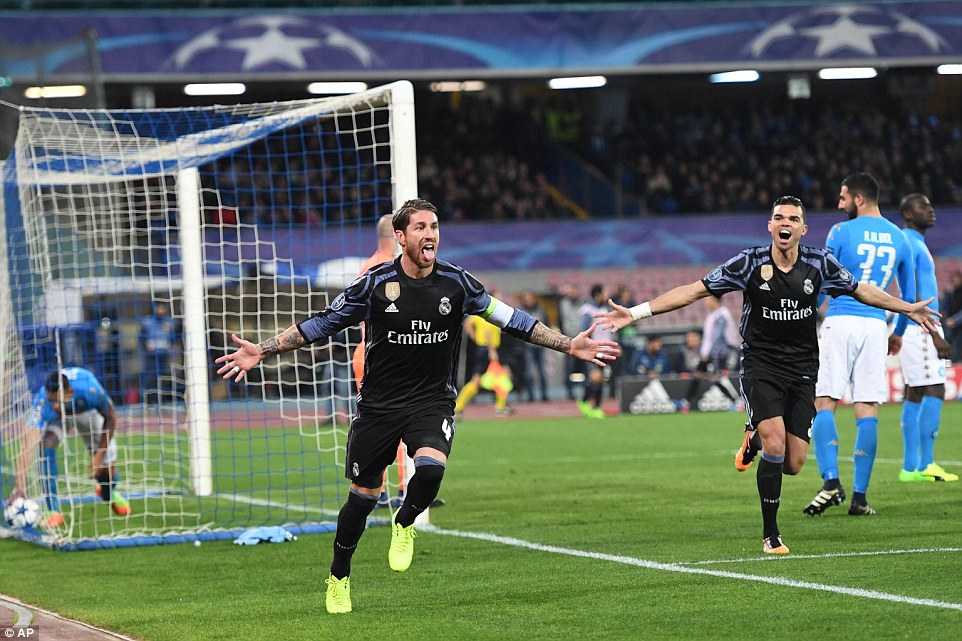 Madrid were given a first-half scare by Napoli who dominated and took the lead through Dries Mertens but the second period was a very different story.

Zinedine Zidane’s team had forced only one corner in the first half but they won two at the start of the second 45 minutes and Ramos rose to head home both Toni Kroos kicks, the second via a deflection off Mertens which was given as an own goal by UEFA. 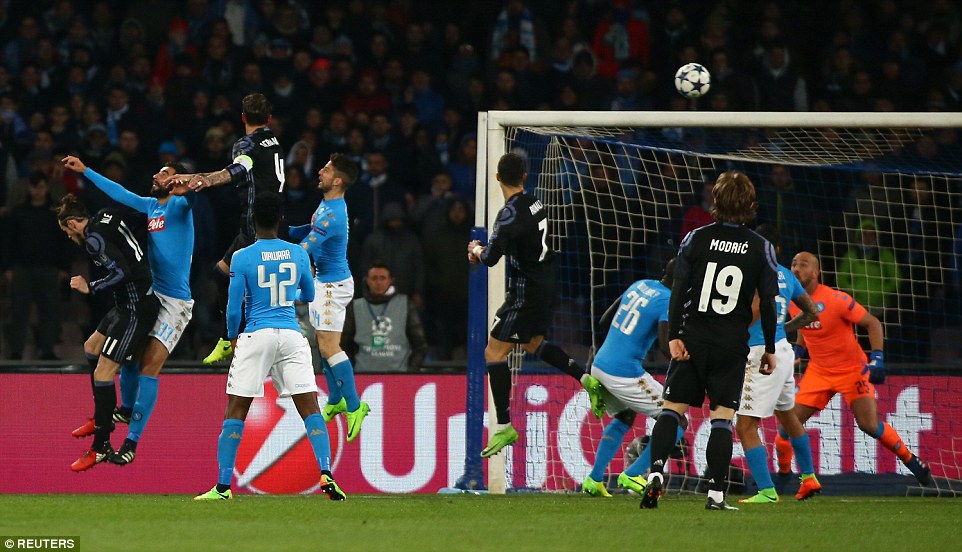 Once again Ramos  had used his head as Real Madrid were losing theirs. They had started the game badly with a weak clearance from Marcelo and a weak punch from Keylor Navas.

Napoli poured forward roared on by the Sao Paolo stadium that had been filling up for the previous five hours.

The home supporters had plenty to shout about with five shots from Napoli in the first 15 minutes. None of them were on target but Mertens changed that on 24 minutes with his 17th goal in his last 16 games. 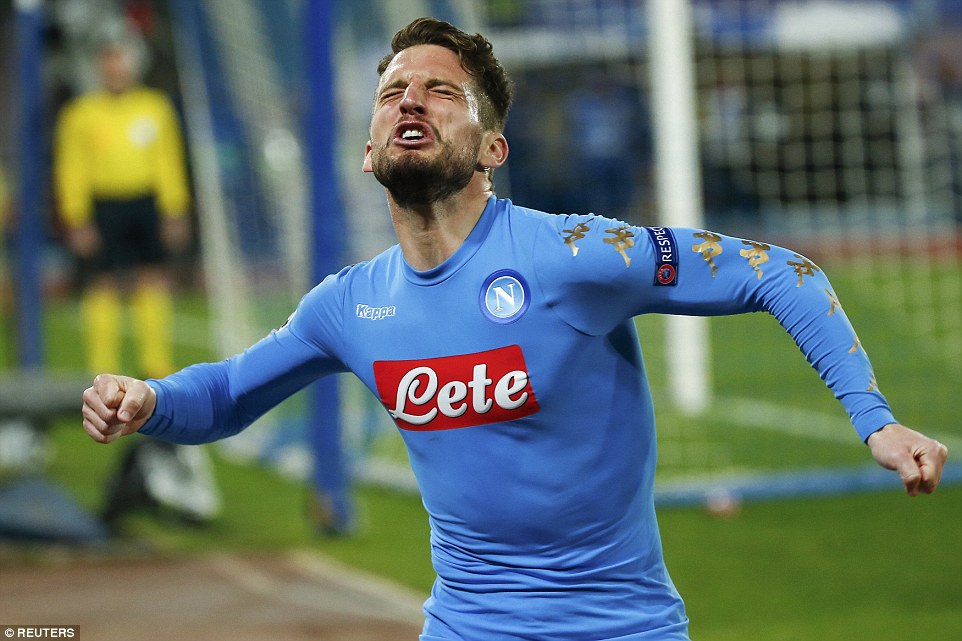 Marek Hamsik found space in behind Casemiro and with Dani Carvajal missing in action Pepe did not know whether to go to the man on the ball or stay stuck to Mertens.

His indecision gave the Belgian just enough time to fire past Navas as soon as he was played in.

Real Madrid’s record scorer had come into the game having failed to score in his last five Champions League matches – his worst run for the club. 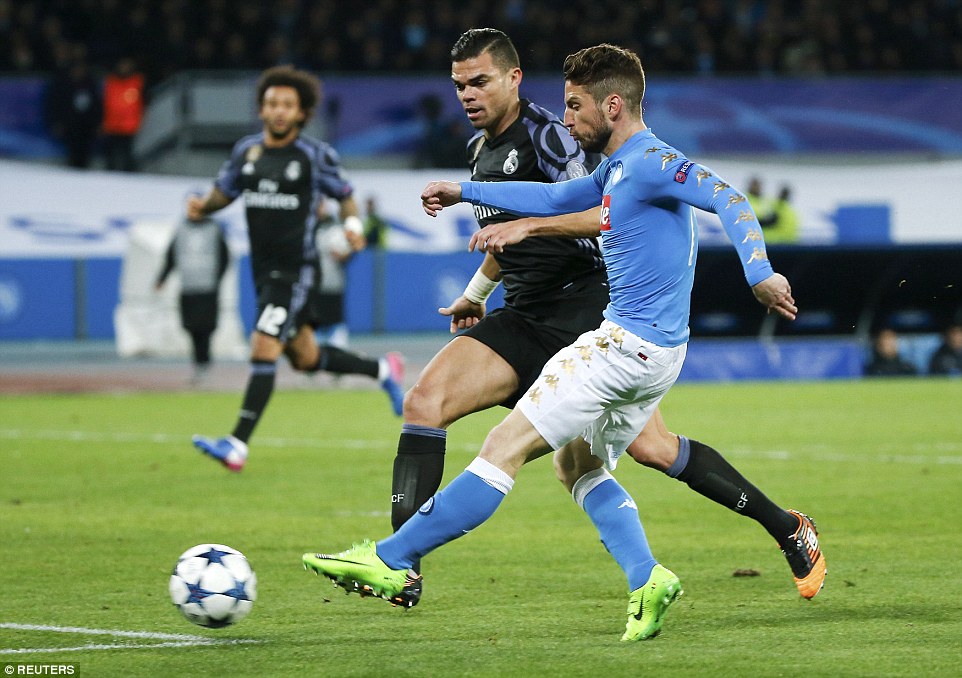 Madrid were creating chances at the other end but arguing among themselves as they missed them.

Earlier Gareth Bale had crossed from the right and Karim Benzema had back-pedaled into Ronaldo with both jumping for the cross at the same time.

Lorenzo Insigne could have got the second for Napoli before the break. He got between Casemiro and Pepe once more but Navas saved.