Paris Saint-Germain left it late but eventually managed to overcome second-tier Niort to secure their place in the last eight of this season’s French Cup.

The Ligue 2 side’s resolve lasted almost the full 90 minutes, but substitute Javier Pastore poked home from Christopher Nkunku’s free-kick to secure a victory for the holders 12 minutes from time.

Edinson Cavani – another player off the bench – then netted in the fourth minute of injury time to ensure PSG scraped through the round of 16. 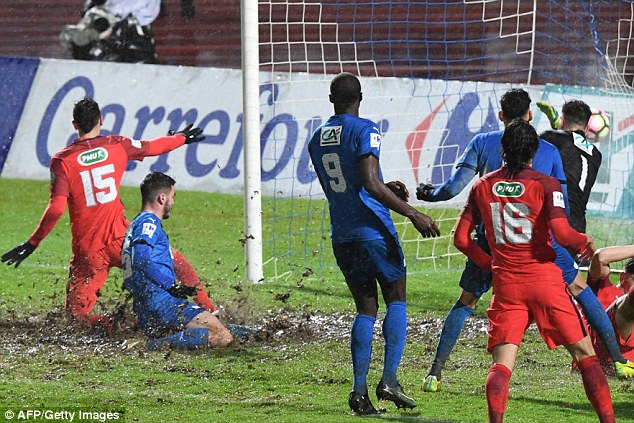 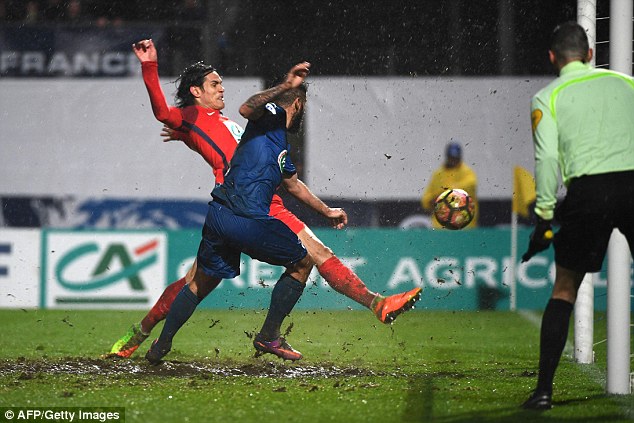 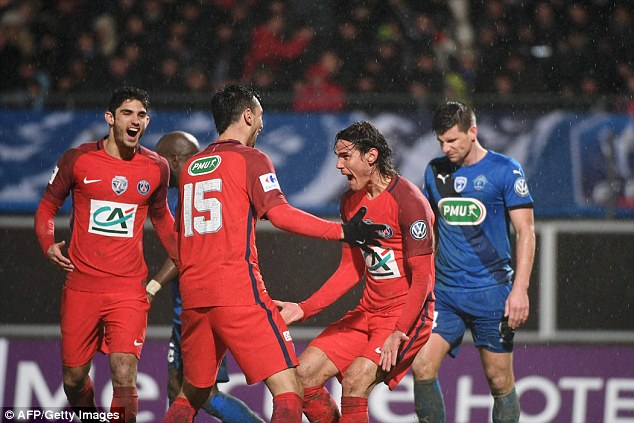 There was initially some concern over whether the fixture would be able to go ahead, given heavy rain throughout the day in western France.

Eventually, the fixture was given the go-ahead despite muddy puddles on the pitch, and the conditions seemed to suit the home side more.

In front of a packed crowd at the Stade Rene Gaillard, the second-tier side held their own as they looked for a place in the last eight of the competition.

PSG had steamed past Marseille 5-1 away from home in their previous fixture, so confidence was high in Unai Emery’s camp.

Nkunku was the first to test Arthur Desmas, forcing a save at the near post, before Thomas Meunier had an effort of his own shortly after. 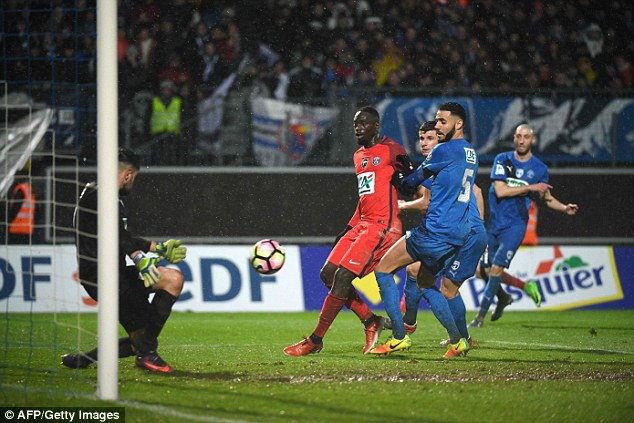 Paris Saint-Germain forward Jean-Kevin Augustin tries a shot on goal, but it is saved

The home side stayed strong under a barrage of attack from PSG as Marquinhos headed over the bar and Goncalo Guedes forced yet another save.

In the second half, it was still the away side who came forward, but they could not find a breakthrough until late in the match.

With extra-time looming large and the home fans beginning to dream of a place in the last eight, substitute Pastore poked in a cross past Desmas. 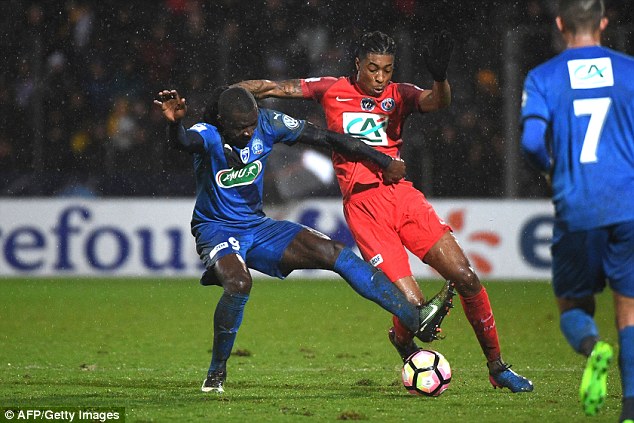 PSG struggled for much of the game, but managed to come through in wet conditions

The conditions were wreaking havoc in the final few minutes, with muddy puddles in the goalmouth making it difficult to defend and attack.

Lucas Moura should have added a second in the 93rd minute, but his goalbound effort stopped dead in the mud a yard from goal.

Cavani, who already has 35 goals to his name in all competitions so far this season, did manage to find a way through late on though, ensuring PSG’s place in the last eight. 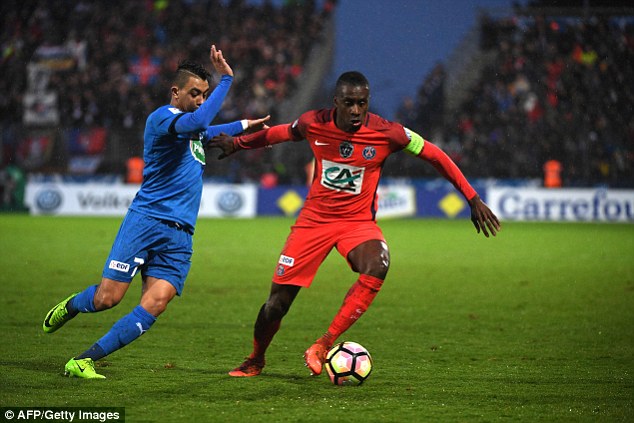